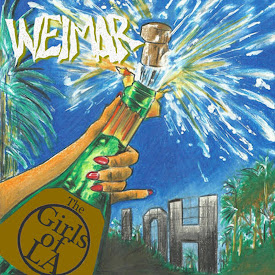 This week was the second anniversary of the first UK Covid 19 Lockdown. Back then, there was no sign of a vaccine and it seemed like a dystopian nightmare directed by M Night Shyamalan. Now of course, we're all vaccined to our eyeballs and everything is back to how it was before all this unpleasant nonsense began, isn't it? You'd think so.
Monday 14th March was much like any other Monday, except that was the day I tested positive. I'd been to take the dog for a nice long walk that afternoon and was strangely tired when I got back; putting it down to age, I had a nap and thought nothing of it. Later that night I got so cold and shakey I needed to check. Then....BING, straight up on the lateral flow test.
Now many of you would have had Covid in some form by now, perhaps even more than once. Many of you would have had next to no symptoms and been deeply frustrated by the inconvenience - I wasn't quite so fortunate. I'm not going to pretend I was on death's door by any stretch of the imagination, but for four or five days I was pretty wiped out; it was a deeply unpleasant week which I wouldn't wish on anyone. I'm now of the opinion that perhaps our collective desire to close our eyes, put our fingers in our ears and sing "La la la laaaaaaaa" is a little misguided.s
Hey ho....let's go.
Mancunian Art Rock collective Weimar have been dilligently doing their thing for several years now. Somewhere on the intersection between the Proto Punk of The Velvet Underground and The Modern Lovers, the 80s' cinematic New Wave of The Church and The Psychedelic Furs - the exuberance of eccentric singer Aidan Cross has parallels to that of Felt's Lawrence Hayward.
The band have been a mainstay on the Manchester live scence and come with a wealth of experience. Comprising of Cross on vocals, Stephen Sarson on guitar, John Armstrong on bass and former The Deceased drummer Anthony 'Eddy' Edwards, the band have released new single 'The Girls of L.A', accompanied by a brand new video. (See above.)
Traditionally, the band have been dark and brooding in their approach to subject matter and lyrical content, yet 'The Girls of L.A' has a much more upbeat approach. The song is an ode to the hard working spirit of the bottle-service girls of L.A's bars and clubs, often themselves looking for their big break in the shadow of Hollywood's alluring pull. It's written as an ode to their acumen and headstrong approach to following their dreams when it may be easier to give up; the band will no doubt be able to relate.
The video - which will premeire soon - is a celebration of these women with the band playing live and also stars up and coming actress and model Ashley Marsh. 'The Girls of L.A' is a pre-cursor to Weimar’s debut album and will not be on the album.  'Dancing On A Volcano' is released on 24th June on German Shephard Records, it will feature 12 completely new and previously unreleased tracks.
You can follow Weimar and find out more on Facebook, Twitter, Instagram. Buy from the Bandcamp link below.
New Single

Popular posts from this blog 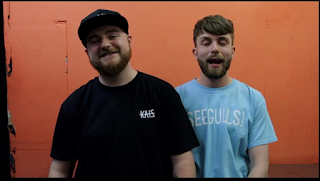 Chester two-piece  Sustinere  have today released their third E.P Volume Three; a raucous six track collection with a huge cluster of riffs and massive ear-shattering drums. The band consist of Rob Jones (Guitar/Vocals) and Michael Pearce (Drums/Vocals) who've been making music together since they met at University. Taking influence from bands like Royal Blood, We Are Scientists and Manchester Orchestra, Sustinere have gained continued momentum based on the reputation of their fierce live performances. In a first for NNWNF, we talked to  Rob before their EP launch show at Telford's Warehouse  and got him to give us a track-by-track guide to Volume Three -  the lyrical themes, the influences on the riffs and creating a real swashbuckler! 1) Intro    For our third E.P, we wanted to have an introductory track to kick things off. It came from an idea I'd played around with on my IPad from as far back as 2016 I believe, but it never became a full song, so we mashed that with
Read more 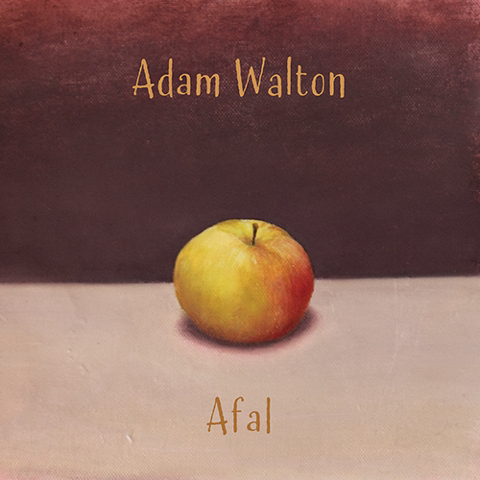 There's an old, dismissive and slightly arrogant saying about those in the teaching profession: Those who can, do..those who can't, teach.  If you try hard enough, you can almost hear Alan Partridge saying it in an ill-conceived attempt to present The East Anglia Teaching Awards. It's often wheeled out by those wishing to look down their noses at someone who has just as much - perhaps even more - influence on the lives of their children than they do.  In a slightly different context, the work of the music journalist is often seen as the work of someone who couldn't do music very well. I'm an example - albeit a small one - as I was in a couple of bands that did naff all and now I write about better bands for scant reward; makes you wonder why really...Anyway, there is a point to this introduction other than perpetuating my own existential angst. Honest.  There are music journalists who can co-exist in their own musical world without the nature of their musi
Read more 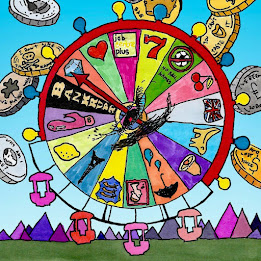 O riginally from Essex, but now residing in Liverpool,  Beija Flo   is not your average musical artist.  Ryan Doyle Elward  takes a listen to her current single ' Heads or Tails '  and tells us more.                                    With just a handful of releases from artist Beija Flo to gauge against, ‘ Heads or Tails ’ is by comparison a track-start sprint. At a little over a minute and a half, the single is anatomically simple, oscillating between two notes abreast with fuzz: a landscape which itself seems to say,this or that. Across her musical corpus (since, she has art prints and poems as well) ‘Heads or Tails’ so far makes for one of the first of her songs to be relatively level front-to-back, unlike ‘Why?' -  A beautiful and brilliant demo that intensifies throughout its duration, or ‘One of Those Things’,  which by song’s end becomes absolute theatre; a demonstration of how her  through controlled exasperation and how it can give velocity to whatever the co
Read more